The Quilt Show - A Sneak Peek

It's almost here! My appearance on The Quilt Show with Alex Anderson and Ricky Tims. I won't be interviewed by them...instead you will get to visit with my in my quilting studio in Washington DC. It is in my 800 sq ft apartment and occupies just over 1/4 of my living space. Since I spend most of my day quilting...having most of my space devoted to quilting makes sense.

My daughters are eager to see the program because they have never seen  my studio so clean and they doubt it will ever happen again. My daughter here in DC helped with the cleaning and organizing (she once visited me and arranged all the food in my pantry in alphabetical order). My son-in-law helped worked hard to hang up all the quilts. They are still on display.

You can see a sneak peek of the program which airs on August 14 by following this link https://www.youtube.com/watch?v=WZsPCBfg_tI

Then, for one week from August 21 to August 28 you can follow a new link to see the show for free...but it is just for one week. I will remind you again on the 21st and post the new link at that time.
Posted by Jean Ann at 5:25 AM 2 comments:

How much does it weigh? 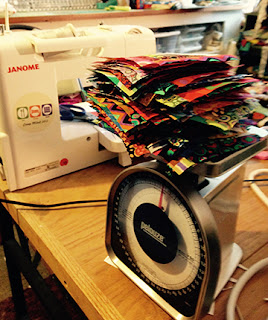 And this is what they look like when the quilt is completed. They do weigh a bit more than 8 oz now with the addition of border, batting, backing and lots of stitching. 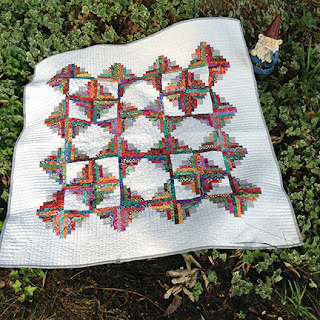 It's A Puzzlement quilt, another Cut Loose Pattern designed to use with the 4" Log Cabin ruler.
Posted by Jean Ann at 5:42 AM No comments:

Oh, so long ago

August 14th, in just about a month, I will be featured on The Quilt Show. The staff from this computer based show featuring Alex Anderson and Ricky Timms paid a visit to my home in Washington DC in July of 2015. Now just over a year later the episode with my studio visit will run for everyone to see. I am very excited. This week I had to send some additional photos of me, during my early quilting years. Here they are... 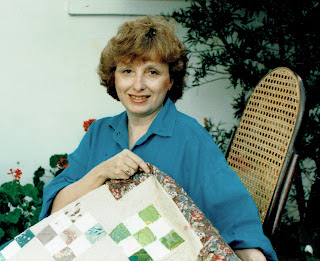 This photo is from 1986. I am holding a Nine Patch quilt I made that year. It is the first photo I used for the editor's letter at the beginning of my tenure as editor. 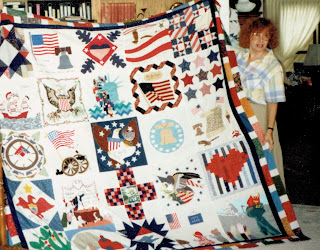 This photo was made just a few years later. I think about 1989, but I am not sure. The quilt is made using entries in our annual block contest. 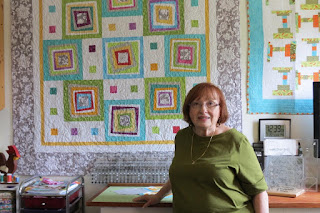 This photo was taken last year in my studio here in Washington DC. My studio has never been so clean.
Posted by Jean Ann at 11:04 AM No comments: